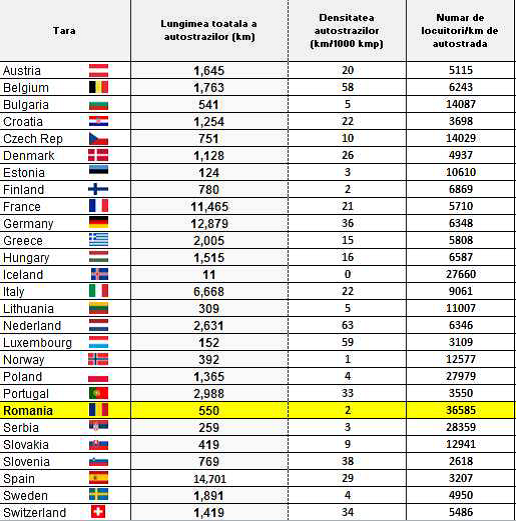 The approved General Transport Master Plan provides the following, regarding the assigned funds for the period 2014 – 2030 for the development of road infrastructure:

Our expertise ranges from rehabilitation of roads to more complex design & build projects, such as motorways and urban ring roads and we are equipped to provide comprehensive consulting, engineering, contract and program management services to the companies developing road construction projects.

The request for railway transport (measured in kilometers traveled per passenger), in Romania, is 2 or 3 times lower, compared to other countries. The European Union average is 650km/passenger/year, while the equivalent indicator for Romania is 66% lower.

The total length of the railway network in Romania rises to 10,818 km. Compared to other countries at similar  railway supply levels, per capita, the rate of railways use in Romania is small. In terms of density per population, Romania is above average, but is lower in terms of spatial density.

Polices, adaptation strategies and mitigation measures for inland and maritime navigation are important for any country’s infrastructure development plans.

At the present time, Romania ranks second in the European Union (see table below), in what concerns  the proportion of total goods transferred through waterways, due to its position to the Danube river. Unlike the Netherlands, which has approximately the same position to the Rhine, Romania lacks modern facilities.

Percentage of goods transferred through waterways in 2011.

Constanta is the largest port with access to the Black Sea in Romania, it hosts the largest container port on the Black Sea and is strategically located to supply goods traffic to targeted areas in Europe. In 2011 in Romania were transported over 318 million tons of goods. The market segments included both cargo shipping (12%) and inland waterways (9%). The containerization level of cargo transported in Romania is around 4%. Although this is a low level, plans for the next 20 years include growing this level  to the one of western European countries, which is around 12%.

Global air transport over the long term is expected to grow by around 5% annually until 2030. As traffic increases, air transport must also provide an international safe and secure connectivity.

Romania has a total of 21 airports, but 7 of them are not currently serving regular flights. Developing the air transport infrastructure in Romania aims to ensure rapid transport to Bucharest and to other regional centers.

Compared to other European Union members’ air transport market, Romania is placed much below the average, especially when compared to the number of inhabitants, as seen in the table below. 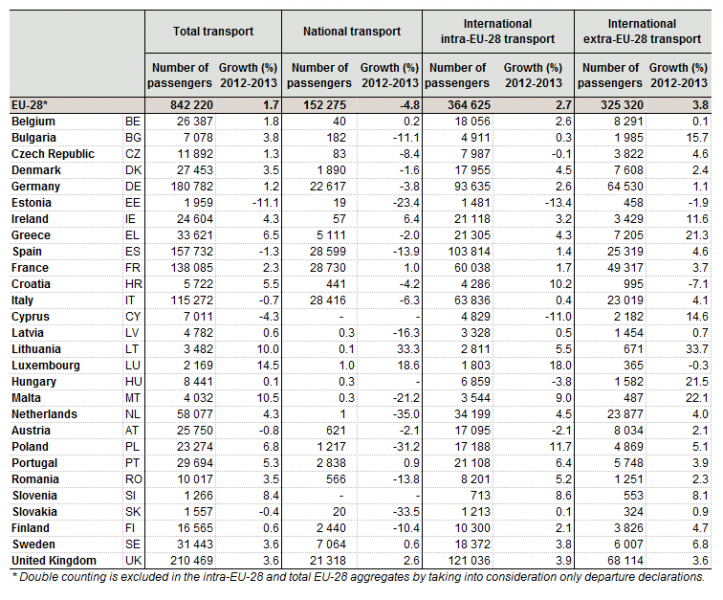 However, Romania’s air transport infrastructure is still preferred for long distances, considering that the highway network is still under development and national roads are under speed restriction. At the same time, by 2020 there is an estimation for an increase in the number of passengers that prefer air transport, of up 19,97 million / year.

Our staff of specialists offer a broad range of expertise to meet any company’s individual needs for a wide variety of airport construction projects.

Water is not only a vital resource for any country and an indispensable resource for the economy, but also plays a fundamental role in the climate regulation cycle. The management and protection of water resources, of fresh and salt water ecosystems, and of the water we drink and bathe in is therefore one of the cornerstones of environmental protection.

In the European Union the proportion of the population connected to minimum secondary treatment plants has been gradually increasing in the past 10 years. However, for Romania, this figure remains relatively low at the present time (see table below), compared to the European Union average, and programs such as the European Union Structural Funds are scheduled to tackle this issue in the following years.

Our expertise ranges from rehabilitation of pipelines and supplying of water to more complex works such as wastewater treatment and storm water management. 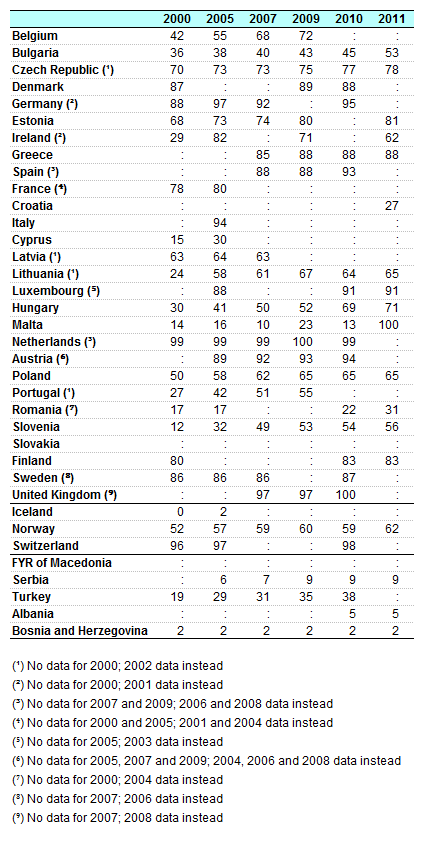 In the following years Romania is set to comply with the European Union standards concerning the recycling of municipal waste and closure of non-compliant landfills. The European Structural Funds Programmes require the remaining 148 non-compliant landfills to be closed or rehabilitated and for a minimum of 50% of the municipal waste to be recycled by 2020.  As presented in the table below, the treatment of waste in Romania is currently very low compared to the European average, most of the waste being deposited in landfills. 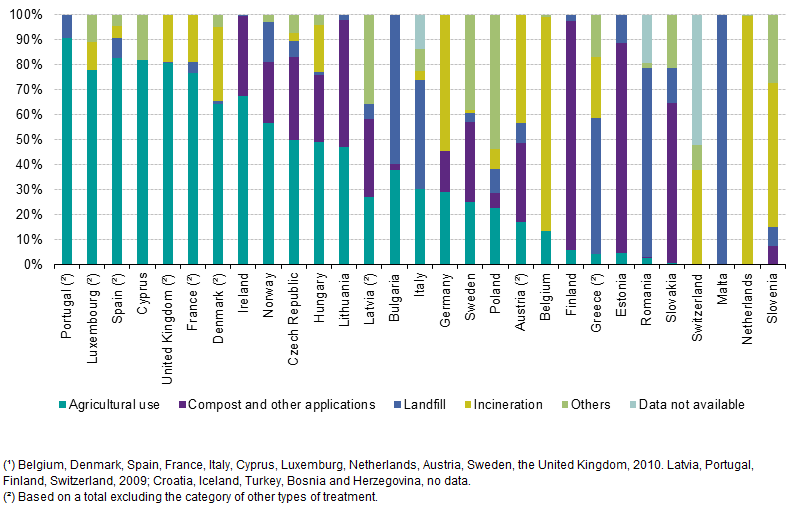 Having expertise in landfills rehabilitation and closure of non-compliant landfills as well as other environment protection projects, our team can help you develop and manage environmental projects.